We offer guided food tours of Mauritius to discover the island’s rich history, diverse culture and authentic places – all through local Mauritian food and drinks.

Taste the typical street food of Mauritius and eat at some of the best local restaurants. There are many things to do in Mauritius, but to truly know Mauritius, you must taste Mauritius. With Taste Buddies experience the region, its culture and its lifestyle through your taste buds.

Mauritius is a melting pot of cultures, and the local food reflects this ethnic diversity. Indian curries, Creole “rougailles”, Muslim biryanis, Chinese “boulettes” and French baguettes are proof of the culinary dynamics present on the island. “To know Mauritius, you must taste Mauritius…” 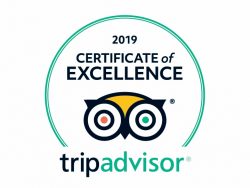 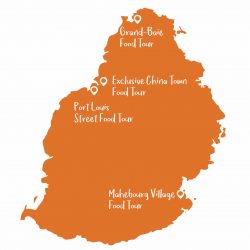 For our first tour, we decided to showcase the island’s capital city with the Port Louis Street Food Tour. This is fitting, considering that in 2017, CNN and The Telegraph ranked Port Louis as one of the greatest cities for street food in the world .

During the Port Louis Street Food Tour, we will taste a variety of delicious Mauritian street food, see the iconic Port Louis sites and learn about the fascinating history and diverse culture of Mauritius. You will be sure to fall under the spell of that Mauritian charm

China Town was once the most vibrant places in Port Louis. Situated between the old “white town” and the old labourers’ village, China Town welcomed all Mauritians.

During the China Town Food Tour, we will wander from the Caudan Waterfront to China Town to discover Chinese food in Mauritius. Along the way, we will stop at various local restaurants and street food vendors to taste Sino-Mauritian food. Between food stops, we will learn about how Chinese culture, traditions and food have all contributed to shaping Mauritius. Starting at Pointe des Régates, we will first stroll along Mahebourg’s blue lagoons, then we will head deeper into the village’s streets to discover the region through food. During the Mahebourg Village Food Tour, we will stop at various local restaurants and street food vendors to taste some local food. Between each food stop, we will discover Mauritian culture and learn about the history of the Mahebourg region.

During the Grand Bay Food Tour we will discover how Grand Bay (Grand Baie) has evolved from a once abandoned region where escaped slaves took refuge, to one of the most visited tourist destinations in Mauritius. We will rediscover the real Grand Bay, its history and culture, through a variety of Mauritian dishes, prepared at some of the town’s best restaurants. At each food spot, we will not only taste many local flavours, but we will also meet the locals of Grand Bay and hear their stories.

“A truly Mauritian holiday is beyond the beach and into the heart of the island. Culture is the heart, and local food the beat that gives it life.” Led by curiosity and thirst for discovery, Celine and Nic have both had the privilege to travel and meet people from across the world.

Enriching travel experiences and passion for food inspired Celine and Nic to join forces and find a way to highlight the beauty and authenticity of their beloved Mauritius.

In 2017, they embarked on the exciting journey to launch the first food tour company in Mauritius – Taste Buddies. Originally from Curepipe, Mauritius, Adrien has been working in the tourism industry since he left school. He has had the opportunity to travel to a few countries in Africa and Europe and even lived in Asia for a while. He joined Taste Buddies in December 2017 to combine his passion for meeting people from all over the world and to learn even more about Mauritius’ history, culture and food.

His favourite Mauritian food is… Dada joined the tourism industry since the early age of 17. Having experienced different hotels, a cruise ship and travelled over five different countries during the past years, he joined Taste Buddies in October 2018 to follow his passion for food and his quest for a new challenge!

His favourite Mauritian street foods are: The famous “Pani Puri” in Port Louis and “Mine Bouille Mangouak” from Mahebourg!

“Let your taste buds do the work!”