Today marks the 15th day of the 8th lunar month: the Mid-Autumn Festival or the Moon Festival.

The ancient Chinese noticed that the moon and its phases were associated with changes in the seasons and the success of their harvest during the autumn months. Hence, they started offering sacrifices to the moon to give thanks and celebrate the harvest. 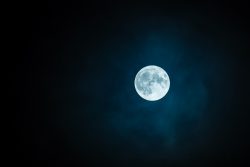 Tonight, the night in the year on which the moon shines the brightest and is the fullest, many Chinese families will gather and enjoy a feast to celebrate family unity and togetherness.

As for most Chinese celebrations, the Mid-Autumn Festival is associated with a certain type of food: the Mooncake. Mooncakes are shared between friends, families and colleagues during the celebrations. These cakes, considered as a delicacy, are usually eaten in small wedges and enjoyed with a cup of tea.

The mooncake is a round pastry with a thin crust and stuffed with a sweet lotus seed paste. The pastry’s round shape represents family completeness and reunion. Traditionally, the imprint on the top crust consists of Chinese characters for “longevity” or “harmony”, as well as the name of the bakery. Some mooncakes also contain the yolk from a salted duck egg, which symbolises the full moon. There are many other variations of the pastry, some more traditional than others.

According to Chinese folklore, during the Mongol ruling of the Han Chinese at the end of the Yuan dynasty (1279 – 1368), a group of Ming revolutionaries started rumours about the spread of a deadly plague, and the only way to survive the plague was to eat special mooncakes. What the Mongolian rulers did not know was that the mooncakes contained puzzles and secret messages to inform the Han Chinese of the revolution which would occur on the 15th day of the 8th lunar month. If you also wish to take part in the festivities tonight, it’s a piece of cake! Simply grab yourself a mooncake in China Town in Port Louis, and enjoy the evening with your friends and family while gazing at the bright moon above.